We had some fun with the Coach Christmas commercial last week. Now for one that’s a little more serious.

SPOILER ALERT:  GET YOUR TISSUE READY

We see all kinds of commercials during the holiday season. Everything from big production numbers to simple messages aimed at reminding us whats really important in life. Anyone who knows me or reads my personal blog knows that I have a soft spot several miles wide for those serving in the military and veterans. The strain that military service puts on families is a burden that often goes unrecognized. Huntsville is a military town and see the remnants of families suffering deployment on a daily basis. The service of spouses and children left behind when a service member is deployed is just as important to the success of our military efforts as the deployed service men and women.

The 2015 Toys ‘R’ Us Christmas commercial depicts what appears to be a single father raising his son during the holidays. They seems to be well adjusted and have a great time together. I start to feel for the father as he obviously is working very hard to raise a son in a loving and caring environment. He makes what appears to be extra effort so that his son knows that he is loved. Cue the tissue.

They totally had me. I admit that felt a welling up when I saw the open door and then knew that the mother would come through the front door in her uniform. What a beautiful and creative ad. Army mom comes bounding through the front door like Santa with her duffel bag on her shoulder. The whole family is united for a giant hug and cry, and the little bog gets what he really wants for Christmas. Not the RC monster truck, but mom. 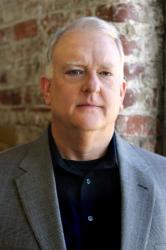 As an entrepreneur and coach, I have helped hundreds of others become successful entrepreneurs themselves. I understand how to hone a business model, launch a business and keep it growing, by applying real world knowledge with the skill that only comes from years of experience.

I’ve been fortunate to have lived in different parts of the country and had many different ...
READ MORE →