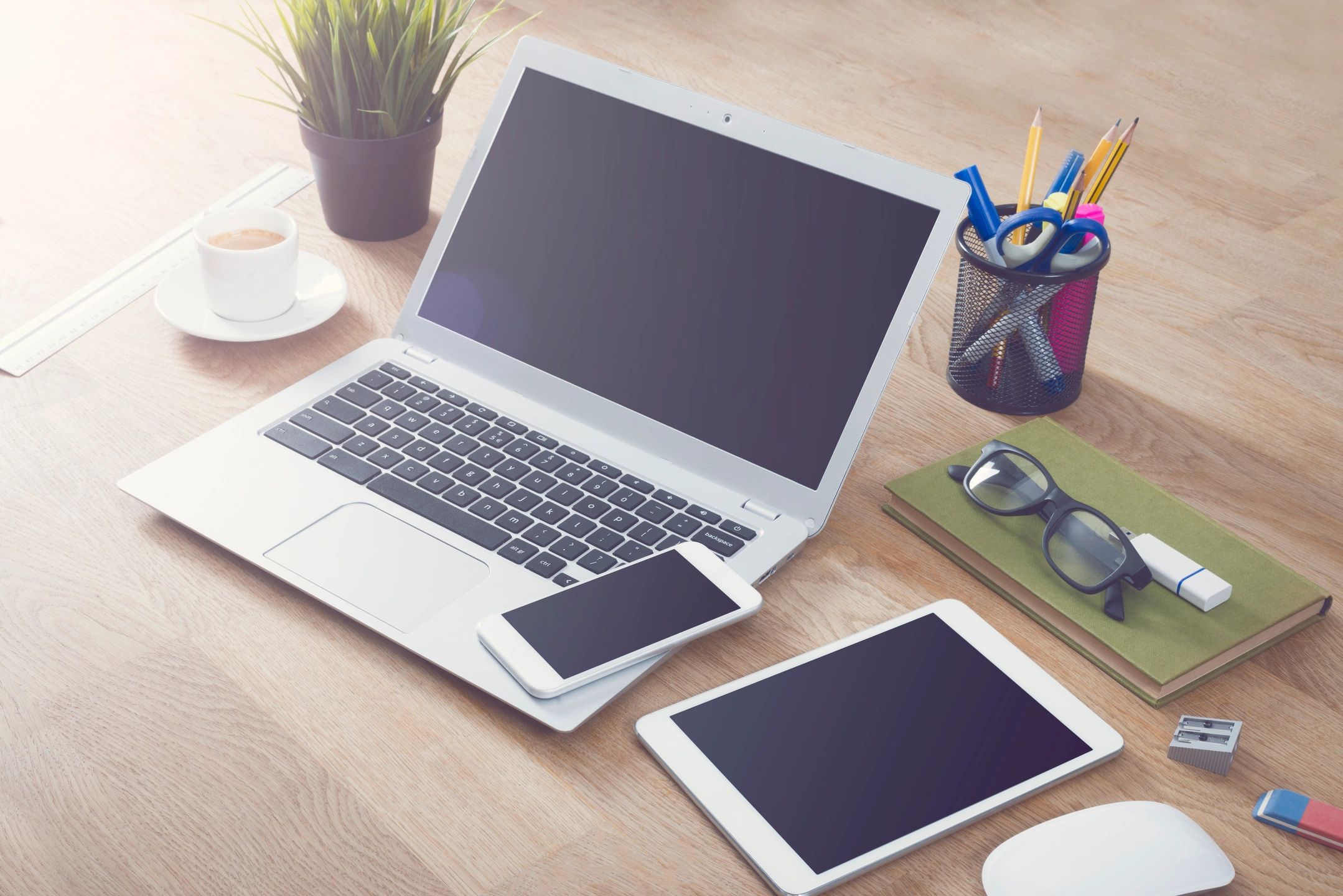 Grammar nerds everywhere are worried that we’re witnessing the demise of the English language as we know it. And for good reason. There’s no denying that the English language has evolved dramatically since the advent of social media and instant messaging.  Textspeak, or textese, is practically a new, separate language, cursive writing is disappearing from the elementary school curriculum, and an alarming number of misspelled words are appearing in public signs and on social media. Egads!

So is there any hope for salvaging what’s left of “proper” English grammar, or should we grammar nerds just get over ourselves? Let’s discuss.

It’s been widely proclaimed that the average American’s attention span is eight seconds, which is only one second less than that of a goldfish. Although there’s been some pushback on this study, it is true that social media has led to shorter, more concise, and highly-abbreviated conversations. Even after doubling the number of characters allowed in a message from 140 to 280 last year, Twitter reported that the length of tweets hasn’t really increased. And although blogs are more popular than ever, today’s trend is to write higher-quality content, but with less frequency. People simply don’t have time–or don’t want to make time–to read or write a lot of words.

The trend of packing a lot of information into smaller and smaller messages has resulted is an amalgam of abbreviations, emoji, punctuation, and syntax that actually do express a lot of words and emotions in less space and with fewer letters. Some members of the millennial generation have taken credit for this language evolution:

The above 2016 Tumblr post (since deleted) went viral and sparked debate when the thread was tweeted in March 2018 by copyeditor Deanna Hoak, who tweeted the image with the comment, “My master’s was in sociolinguistics, and I absolutely see this as true.” An overwhelming number of commenters shared their own favorite aspects of this “incorrect language,” including:

OK, so apparently there’s a lot more to this language (r)evolution than just abbreviated words and monkey faces. The point, however, is that millennials are definitely not the first people to attempt to reform the English language…and they certainly won’t be the last.

In fact, in 1768 Benjamin Franklin proposed a new, simplified alphabet that eliminated “redundant or confusing” letters (C, J, Q, W, X, and Y) and added six new letters to represent phonetic sounds. His intent was to reduce occurrences of bad spelling and make the alphabet easier to learn. He also thought that it was a great time in history to create a new language for a new nation. Unfortunately, even Franklin’s closest friends encouraged him to abandon his efforts.

However, Noah Webster found so much value in the idea of spelling reform that he adapted some of Franklin’s concepts and spellings in his first dictionary in 1806. Webster supported and continued Franklin’s efforts to create a language for America that was distinguishable from British English. His dictionary, A Compendious Dictionary of the English Language, changed the spelling of “defence” to “defense,” dropped the “k” from “musick,” and deleted the “u” from “humour.” These spelling conventions were quickly adopted, and still exist to this day.

One hundred years later, billionaire Andrew Carnegie founded and generously funded The Simplified Spelling Board, which was tasked with simplifying “contradictory and difficult spelling” within the English language. Carnegie believed that the turn of the 20th century was the perfect time for a global language that would unite nations and lead to world peace. Not surprisingly, the board picked up Franklin’s and Webster’s ideas of removing superfluous letters, and furthered Webster’s efforts to convert from classic British spellings (like “cheque” and “theatre”). After several months, the board published in the New York Times their final list of 300 simplified words, like the following:

While some of these adaptations stuck, most didn’t, despite an August 1906 executive order by President Theodore Roosevelt forcing the Government Printing Office to adapt the new spellings. The reaction to the order was loud, negative, and widespread. Many of the major newspapers questioned, mocked, or openly criticized “Rucevelt.” An editorial in a Louisville paper ridiculed him with a take on his new language, writing, “No subject is tu hi fr him to takl, nor tu lo for him tu notis.” Eventually the Supreme Court got involved, and overruled Roosevelt’s order. Even so, the New York Times actually determined that they would continue using 131 of Roosevelt’s 300 new spellings.

Fast-forward another century, and it’s the same situation; once again, words are being simplified to make them easier for Americans to spell and use in conversation. Looking at today’s language situation through a historical lens should help to lessen the spelling panic of 2018. Some of these shortened words and abbreviations will survive and become incorporated into our everyday English. Language will continue to evolve, whether we like it or not.

The biggest fear of grammar sticklers is that textese is going to make its insidious way into the English education and negatively affect literacy of our children. That’s not happening, though. Research studies have shown that students can indeed differentiate language that’s appropriate for texting from the language they should use in an academic paper. This makes sense. As Southerners, our spoken and text language includes words like “y’all,” “fixin’/fixing,” and “reckon.” However, no Alabama college is going to look kindly upon an application essay including this terminology. We know good and well what, where, when, how, and for which audiences we should say and write certain words–whether it’s Southern, slang, or emoji.

Some studies even suggest that students’ abilities to read and understand cryptic text messages actually have a positive impact on their spelling, reading, and writing skills; they liken the phenomenon to children who are fluent in two languages. Teachers on all grade levels are still instructing students to use proper grammar and counting off points for errors when they don’t. UAB English professors recently confirmed this, and recommended that parents assist teachers with efforts to distinguish formal and scholastic grammar from informal conversations via technology.

This doesn’t mean that people aren’t still having major problems understanding grammar, writing well, and spelling words correctly. You only need to scroll down your Facebook feed to find adults (even my fellow Generation X-ers) “butchering” the English language with “nonexistent” words and phrases like “prolly,” “ain’t,” or “a whole ‘nother.” And, sadly, misspelled signs on streets, highways, and in front of local businesses (check out these classics on Pinterest) and spelling errors in newspapers (remember the Shoals’ TimesDaily newspaper’s “Sex Clams” headline in 2017?) are becoming more common. While they create plenty of fodder for social media, in the end, these mistakes reflect on the business, its owners, and, unfortunately, its capabilities. It’s unfair to attribute these errors to texting or a new, abbreviated mode of communication; some people will misspell or use incorrect words either due to a lack of learning or simply because they make a mistake. We’re all human, after all. And because we’re more mobile today, and anything and everything can (and probably will) appear on social media eventually, we’re just much more aware of errors than ever before.

When it comes to internal and external correspondence, however, most businesses still adhere to old school writing rules and demand proper grammar in professional communications. Even bloggers, though perhaps the most informal of today’s writers, don’t resort to textese. Ask any teacher, business communications expert, journalist, blogger, or English major; grammar is very much alive and thriving!

Let’s face it, though. Our language has changed a lot in the last few centuries, and that trend will only continue. It’s not a new phenomenon; nor can we stop it. And just because some of the words, punctuation, acronyms, and abbreviations are different from those to which we are accustomed, it doesn’t mean they are wrong.

If you need help with crafting or sending the right message for your business, drop an email (or text!) to our team here at Ad4!. We’re extremely fluent in emoji and textese, LOL!