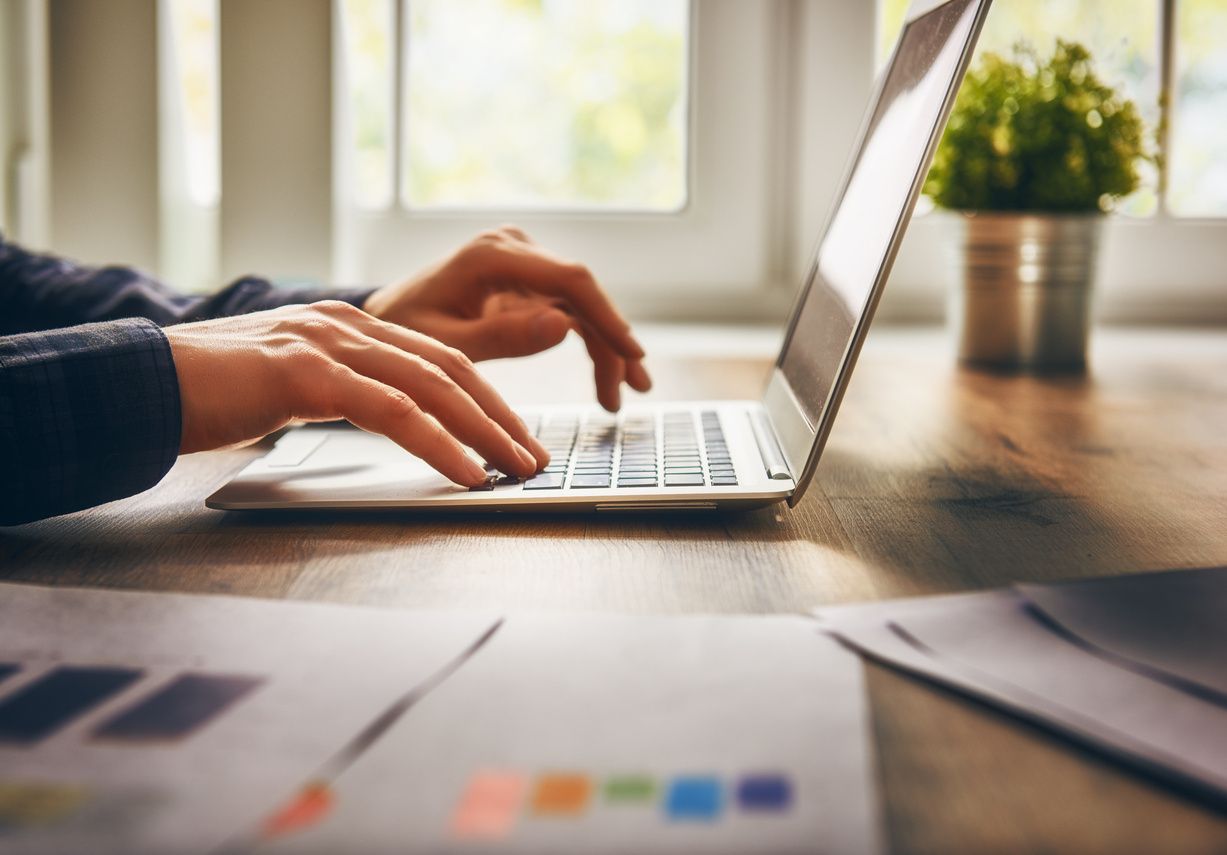 Once upon a time the land was filled with only one method of marketing. At first, it was good, and people were happy. Posters on lampposts informed them of exciting events about which they otherwise might not have learned. Newspaper ads announced must-have products and life-changing services. The postal service delivered catalogs full of every single item offered by a retailer.

Then, radio and television brought about commercials that vividly described things that people couldn’t and shouldn’t live without. These advertisements were funny and fascinating, colorful and catchy. And they worked, so companies produced more and more of them, and radio and television sold more and more spots to show them, and eventually, there was no escape. To watch a favorite show or listen to the music you loved, five to seven minutes of commercials had to be endured between every five to seven minute segment of programming.

With every advancement in technology, marketers found new ways to promote their wares. Telephones led to telemarketers; email gave birth to spam; website allowed the invention of pop-ups and auto-play videos. At the same time, old-school advertising like billboards and outdoor business signs turned digital in order to display as many different messages as possible in the few seconds that drivers’ attention could be captured.

Eventually, people fought back against this marketing madness. The “do not call” list and mobile phones put a stop to telemarketing calls (although somehow a new generation of sneaky callers are still getting through to our sacred cell phones), the CAN-SPAM Act set strict guidelines and regulations for unsolicited marketing emails (and it seems businesses retaliated by simply quadrupling the volume of spammy messages sent each day), and paid radio and TV options offered listeners and viewers the luxury of ad-free programming (a revenue-generating idea quickly adopted by mobile apps).

Basically, the public got tired of being barraged by unwelcome and irrelevant messages. Sure, people still wanted to hear about products and services that were relevant to them, but the great majority of ads weren’t, so all of that outbound advertising simply became white noise…and the millions and billions of dollars companies were spending to more and more loudly shout out the benefits of their products were being wasted on a public that was overwhelmingly tuning them out.

Enter the concept of inbound. The term “inbound marketing” was originally coined by MIT students Brian Halligan and Dharmesh Shah in 2005. Halligan and Shah noticed that consumers were getting better and better at blocking unwanted advertising. They observed that traditional sales tactics were less and less effective, and that, overwhelmingly, people felt harassed. Halligan and Shah felt that people wanted to be treated by advertisers as humans, not numbers on a spreadsheet. So, in 2006 these two entrepreneurs founded HubSpot, a sales and marketing platform that introduced the idea of inbound marketing to businesses struggling to appeal to a wiser, less tolerant buying public.

The concept of inbound marketing effectively flipped the model of classic marketing, which was basically businesses shouting from the rooftops (or at least every available surface and channel) to everyone within reach about the benefits of their products and services. Instead, inbound looked for ways to get consumers to actively and voluntarily seek out businesses offering something of interest.

HubSpot’s concept of inbound marketing has evolved over time, but remains essentially the same. Once a funnel-shaped model that “nurtured” increasingly smaller groups of potential customers through the inbound sales process, the model has matured into a flywheel shape with three stages: attract, engage, delight; the circular design indicates a repetitive process that can grow and speed up as it becomes more effective.

So how did this new approach attract customers without getting advertising out in front of them? It’s important to first understand that inbound marketing was born with and grew alongside the internet, and more importantly, Google. Built upon the idea that consumers wanted helpful, relevant, and human interactions with companies, inbound marketing sought ways to provide information and knowledge that people would want to know, and would actually seek out.

With the ability to learn and discover virtually anything by simply typing a few words into a search engine, consumers quickly applied this method to finding the right providers of goods and services. Companies who wanted to be the first to show up in that list of results created and posted content–blog posts, articles, whitepapers, case studies, questions and answers, checklists, ebooks, video, etc. This content was optimized to be matched to certain keywords that were relevant to their business and what they thought their potential customers would be searching for.

These companies sought be be recognized as the “subject matter experts” on whatever it was that they were hawking–not only in the eyes of the potential customer, but also to Google’s (and other search engines’) algorithms. The more knowledgeable and thought-leading the content, the more Google wants to promote it. Therefore, inbound marketers started learning more about what Google needed to see so they could incorporate those tactics into their content.

Because inbound marketing tactics were non-intrusive and subtle, an article about, say, how to fix a clogged kitchen sink would include buttons or links within the text (CTAs, or calls-to-action) that prompted readers to click them to “learn more” or “request a call” from the business. Clicking the links or filling out a form to ask for more information would indicate to the business that the consumer was interested in what they offered, so these businesses would follow up with carefully scheduled and worded emails that would slowly but surely become more relevant and important to the customer in the hopes that they would purchase the business’ product or service.

These emails and ongoing contact are part of the “engage” and “delight” sections of the inbound marketing flywheel, in addition to conversational chat tools and bots, helpful calls from sales team members, and efforts from the service side of a business to build trust and loyalty, over-deliver, and exceed customer expectations. From start to finish (and to start again), the inbound marketing model was built as a repeatable “good-for-the-customer, good-for-your-business” methodology.

The ABM “flipped funnel” (a term made popular by Atlanta ABM company Terminus) is especially relevant for business-to-business (B2B) companies which have identified specific entities to which they’d like to market. For example, a company that produces commercial plumbing supplies knows that its target market are commercial plumbing services. They’re simply not interested in marketing to consumers or other types of businesses who have no reason to purchase their plumbing supplies–what would be the point?

Account-based companies do extensive research to identify this target market; eventually they (or their ABM software) narrow down opportunities to a list of companies that seems to be a good fit with their product or service based on the targets’ revenue, culture, location, and other relevant factors. Most importantly, ABMers identify the decision makers in the company–the ones who will suggest and approve the purchase of commercial plumbing supplies, for example–and advertise only to those individuals. Again, why would they waste resources marketing to the human resources department employees, or the college student who was just hired to answer the phones?

The marriage of inbound and ABM

So how do ABM companies market to their target audiences? They create content that will be relevant to and appreciated by those individuals who can influence corporate purchases within the identified target company, and place that content in the right channels at an appropriate time for those people to see and read them.

That’s because ABMers know that even though their target audience should have a need for and be interested in learning more about the product or service they’re selling, they don’t want to be bombarded with outbound-style marketing. Cold calls, “salesy” emails, and direct mail may help raise awareness, but they still can be so annoying that they do more harm than good. Inbound marketing tactics are much more welcomed.

Behind the scenes, technology advancements have allowed inbound marketers to gather more information about customers who have “raised a hand” to show interest in what the company was selling. By gathering IP and email addresses and pulling data from online profiles and internet activity, inbound marketers can create pretty robust profiles of these individuals–including the name of their employer and position within the company. The more information they collect, the more personalized content they can deliver through highly targeted email, remarketing ads, and social media campaigns.

Inbound marketing was a boon to businesses that had been spending their marketing budget on outbound methods that cast a wide and expensive net in the hopes that their message would resonate with a small percentage of potential customers. ABM picked up on these methods and applied them to B2B marketing. If your business serves and sells to other companies, gaining a solid understanding of inbound marketing will help you deploy an effective account-based marketing strategy. If you’re strictly B2C, inbound should definitely lead your marketing efforts–complemented by a smattering of the more traditional outbound methods. Yes, they can get annoying, but there’s a reason billboards, radio ads, and digital signs aren’t going away.

If you need help getting your brand out there (or in there) and exposed to the right audience, talk to the professionals at Ad4! Group. They can help you create the perfect mix of marketing strategies to optimize your budget and attract>engage>delight your customers!